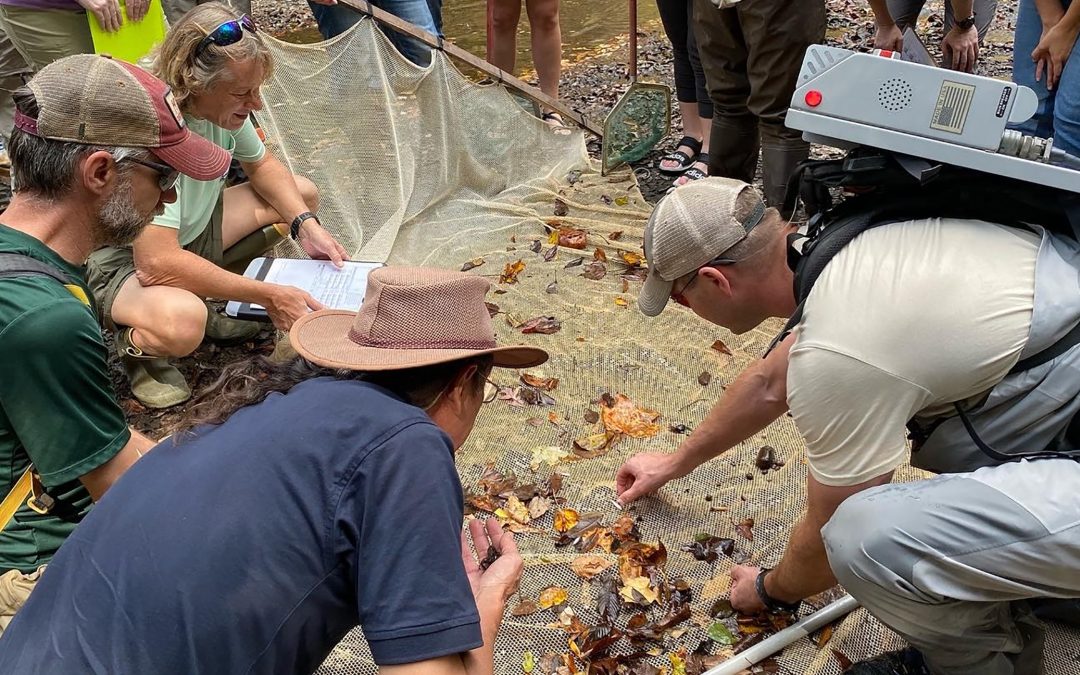 The Auburn University Water Resources Center (AUWRC) hosted a Stream Habitat Assessment Workshop on October 11, 2022. This workshop was the second training event of a U.S. Fish and Wildlife Service funded project. Read about the initial October 2011 Training in Turkey Creek Nature Preserve. Three types of stream habitat assessments were provided by The Nature Conservancy of Alabama (TNC), the Geological Survey of Alabama (GSA), and the Alabama Department of Environmental Management (ADEM). The Alabama Forestry Foundation provided lunch for workshop participants.

Alana Reynolds and Georgia Pearson of TNC trained attendees on the Bank Erosion Hazard Index (BEHI). BEHI is a procedure for assessing current streambank erosion and potential for future streambank erosion. It was developed by Dave Rosgen, a professional hydrologist and geomorphologist who is a leading figure in the science of restoring rivers. Assessing bank erosion is important because excess sediment is one of the biggest threats to water quality and aquatic species in Alabama’s rivers. Alana spends much of her time assessing BEHI on Alabama’s major rivers, while Georgia manages technical support and Geographic Information Systems (GIS) projects, including developing the model framework for BEHI assessments. BEHI uses a point system to calculate an overall score used to inventory streambank conditions over large areas and prioritize resources to those banks of rivers and streams in Alabama that are most in need of restoration. 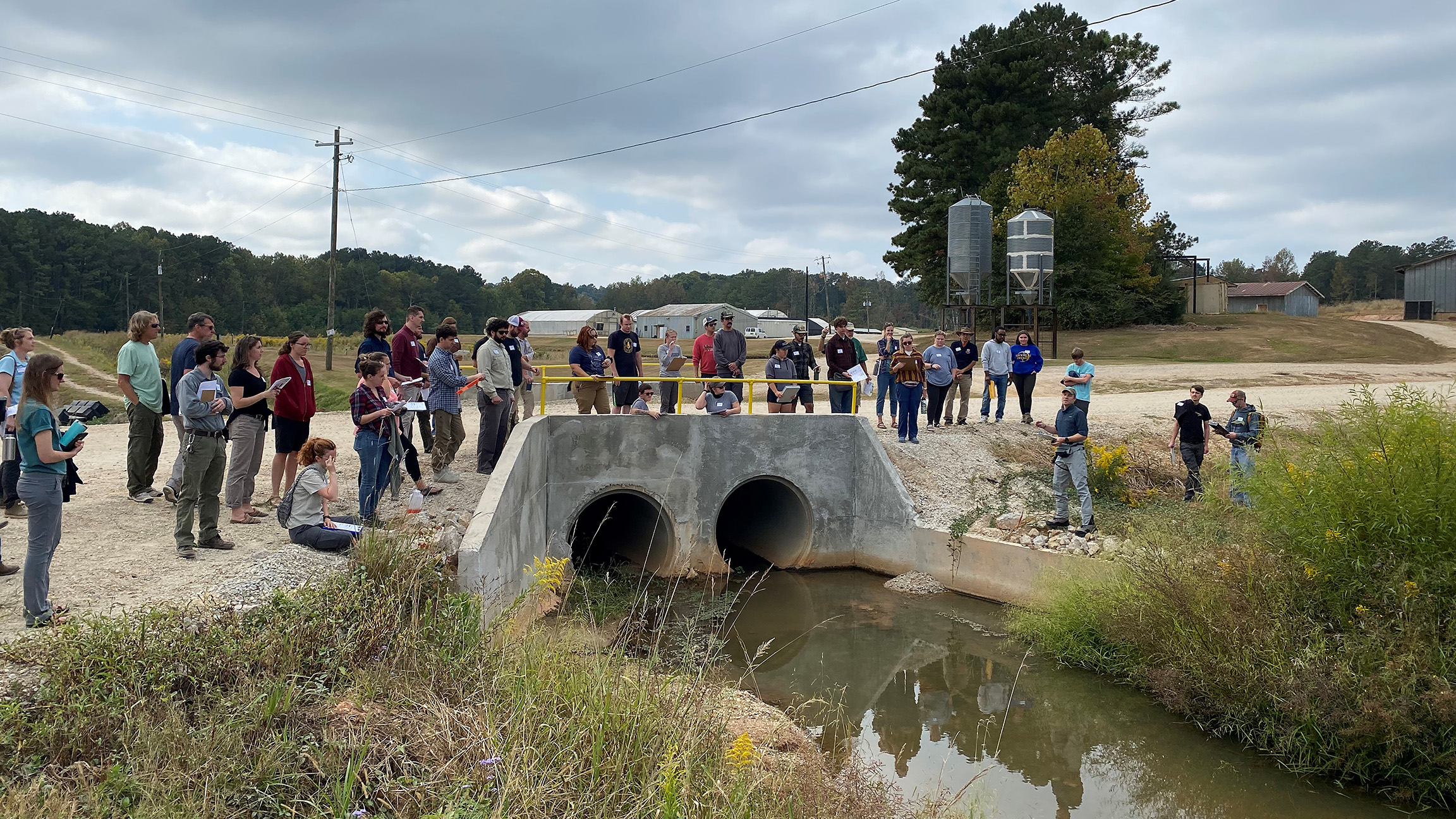 Daniel West, Environmental Scientist in the Ecosystems Investigations Program at the GSA, trained attendees on how to assess road-stream crossings. The sheer amount of stream miles (132,000+) and road miles (210,000+) mean road crossings in the state are substantial. Poorly designed or poorly maintained road-stream crossings can lead to increased stream bank erosion and create habitat connectivity problems within the ecosystem of a watershed. Furthermore, many fish species must move upstream to reproduce. A poorly designed road-stream crossing can inhibit or cut off access to said birthing grounds. The GSA is interested in training environmental professionals to help inventory the tens of thousands of existing road-stream crossings in Alabama in order to identify candidate crossings for retrofitting or replacement. Areas within the state that have been prioritized fall within select Strategic Habitat Units or SHUs. 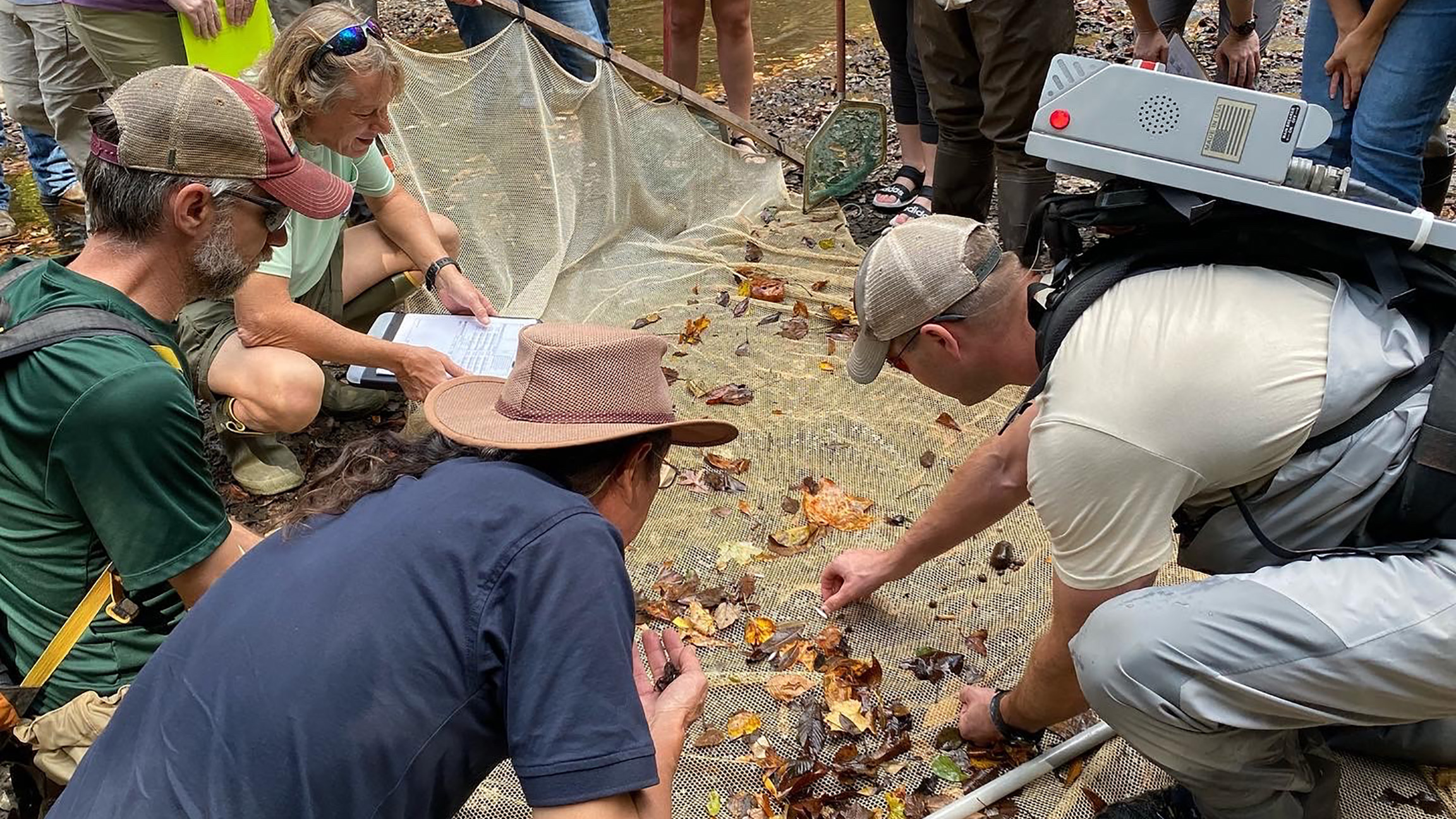 Cal Johnson of ADEM instructed the group in fish sampling in Choctafaula Creek in the Tuskegee National Forest.  Fish were captured using backpack electrofishing along with a seine net. Electrofishing is a technique commonly used by biologists to collect fish in freshwater systems. An electric field is emitted from a pulser that temporarily stuns the fish, making them easy to capture in nets. Fish will recover, normally in a matter of minutes, and can be returned to the water. Fish species captured during the workshop included blacktail shiner, orangefin shiner, rough shiner, longjaw minnow, largescale stoneroller, Alabama hogsucker, juvenile lamprey, longear sunfish, rock darter, speckled darter, blackbanded darter, greenbreast darter, rough shiner A few species are highlighted below. 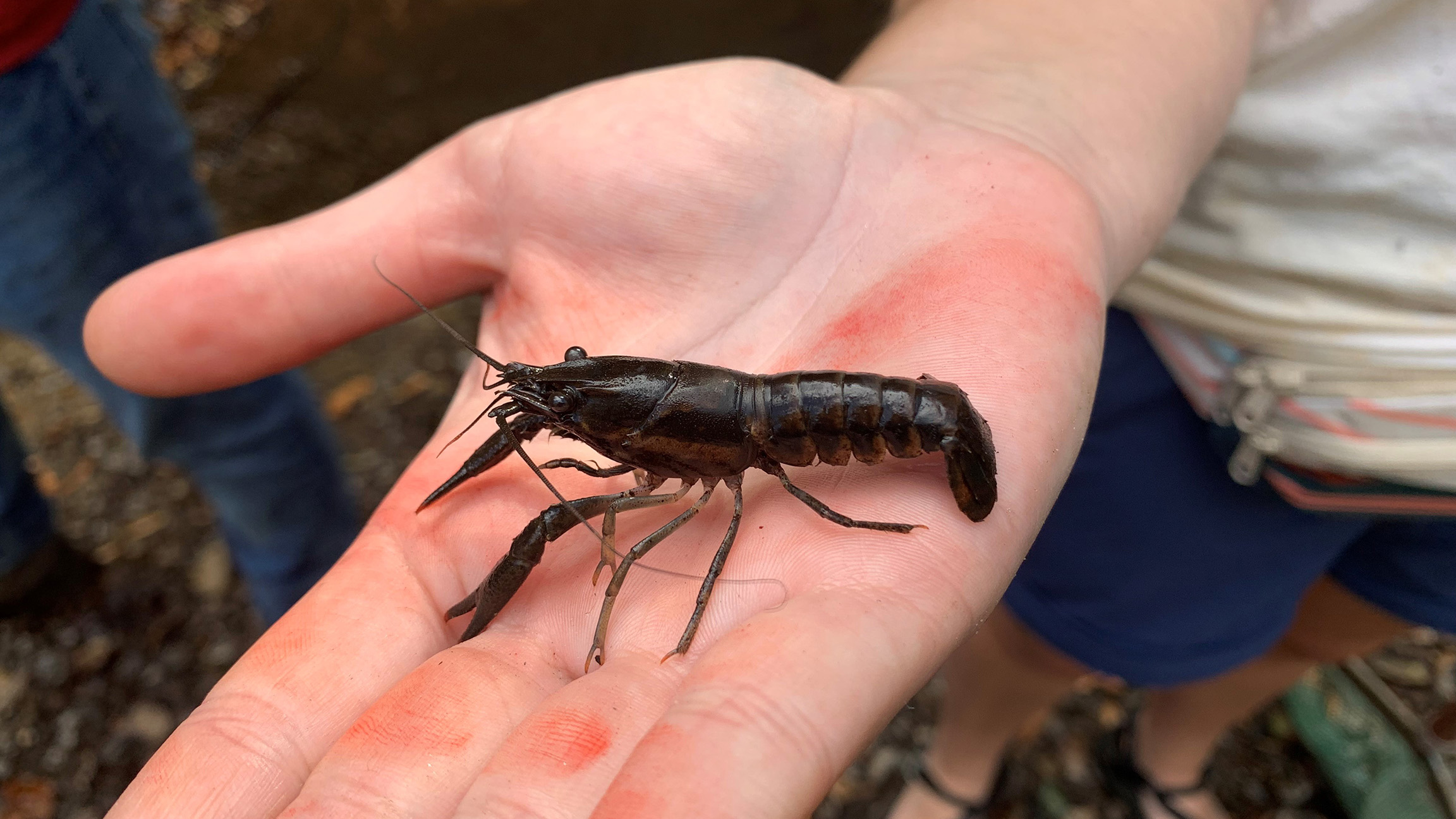 The sly crayfish is a stream-dwelling critter that prefers smaller, sandier streams. 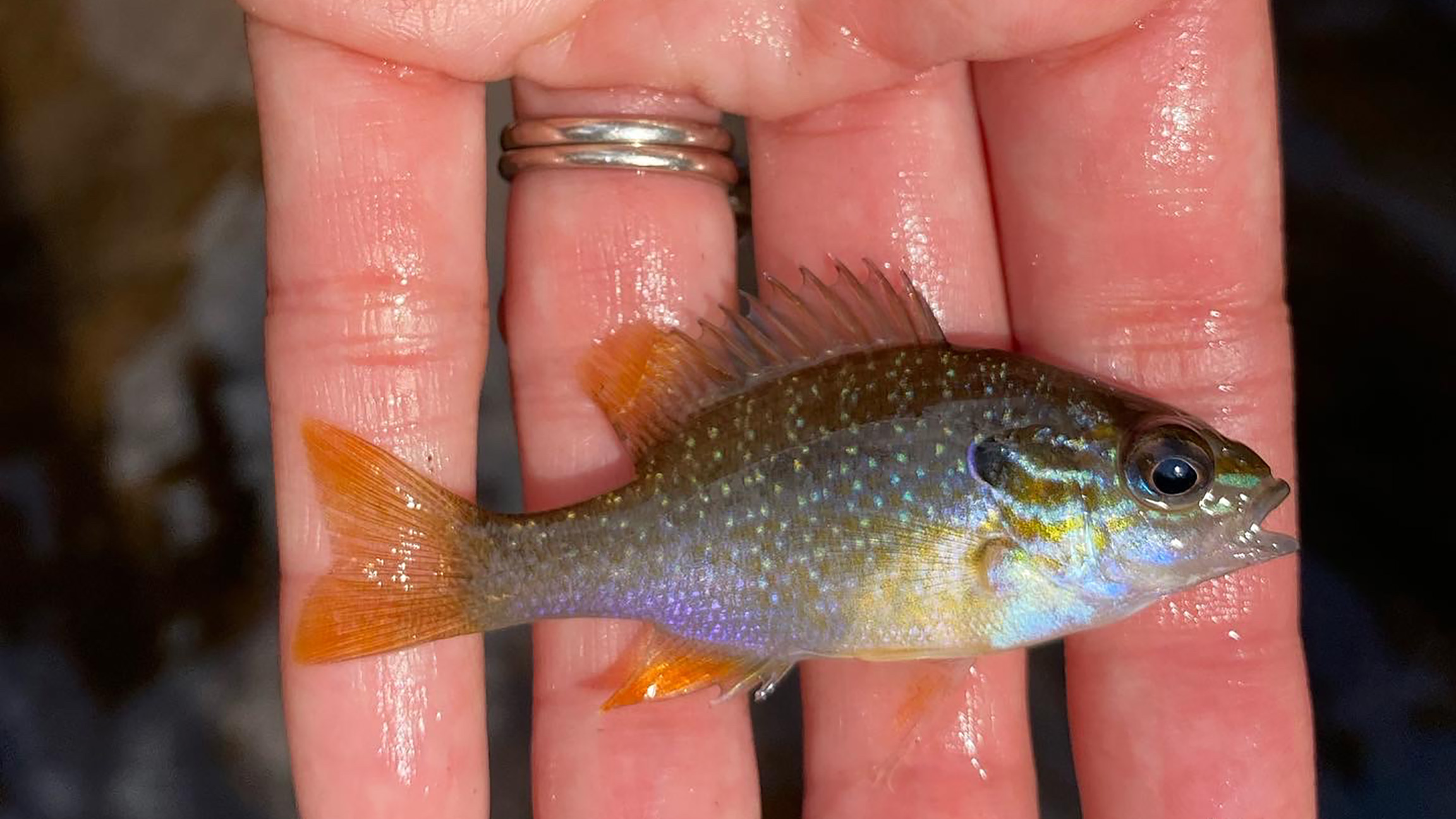 The Longear Sunfish is a brightly colored small sunfish with a small mouth and elongated ear flap that is especially noticeable on breeding males. In fact, the specific epithet in its name, “megalotis” means large ear in Greek. This species an grow to 5-7 inches in length and is distributed throughout most of Alabama. They are typically found in small to moderate flowing streams, rivers, and reservoirs. The Longear diets consists of aquatic insects, fish eggs, and bryozoans when small and terrestrial insects when individuals become larger. 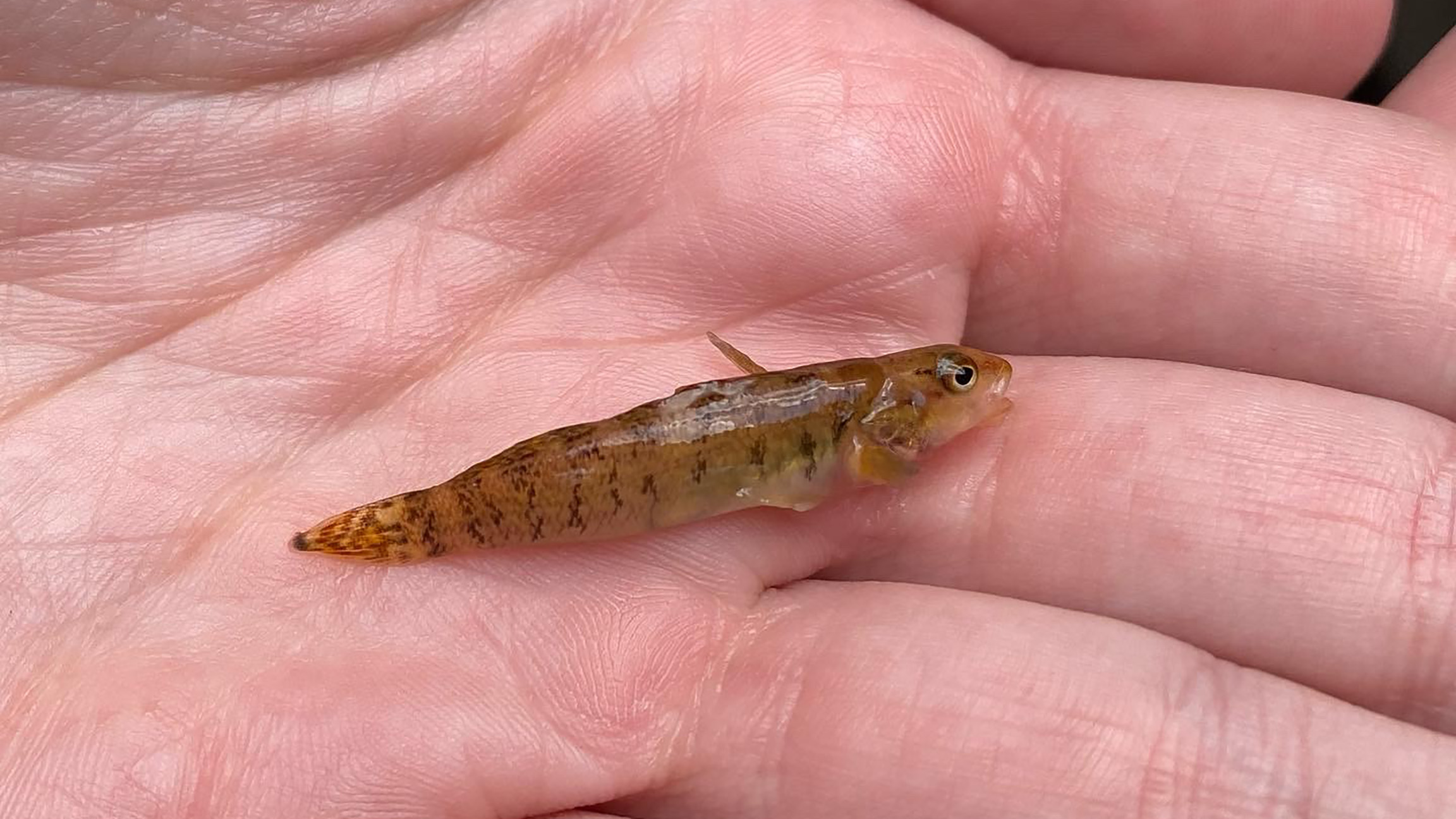 The Rock Darter is a small fish that lives in riffle habitats containing gravel, cobble, and rubble in moderate to large streams. Their diet consists of aquatic insect larvae. During the breeding season (from March to early May) males become more dark green with a tan to light brown body base. 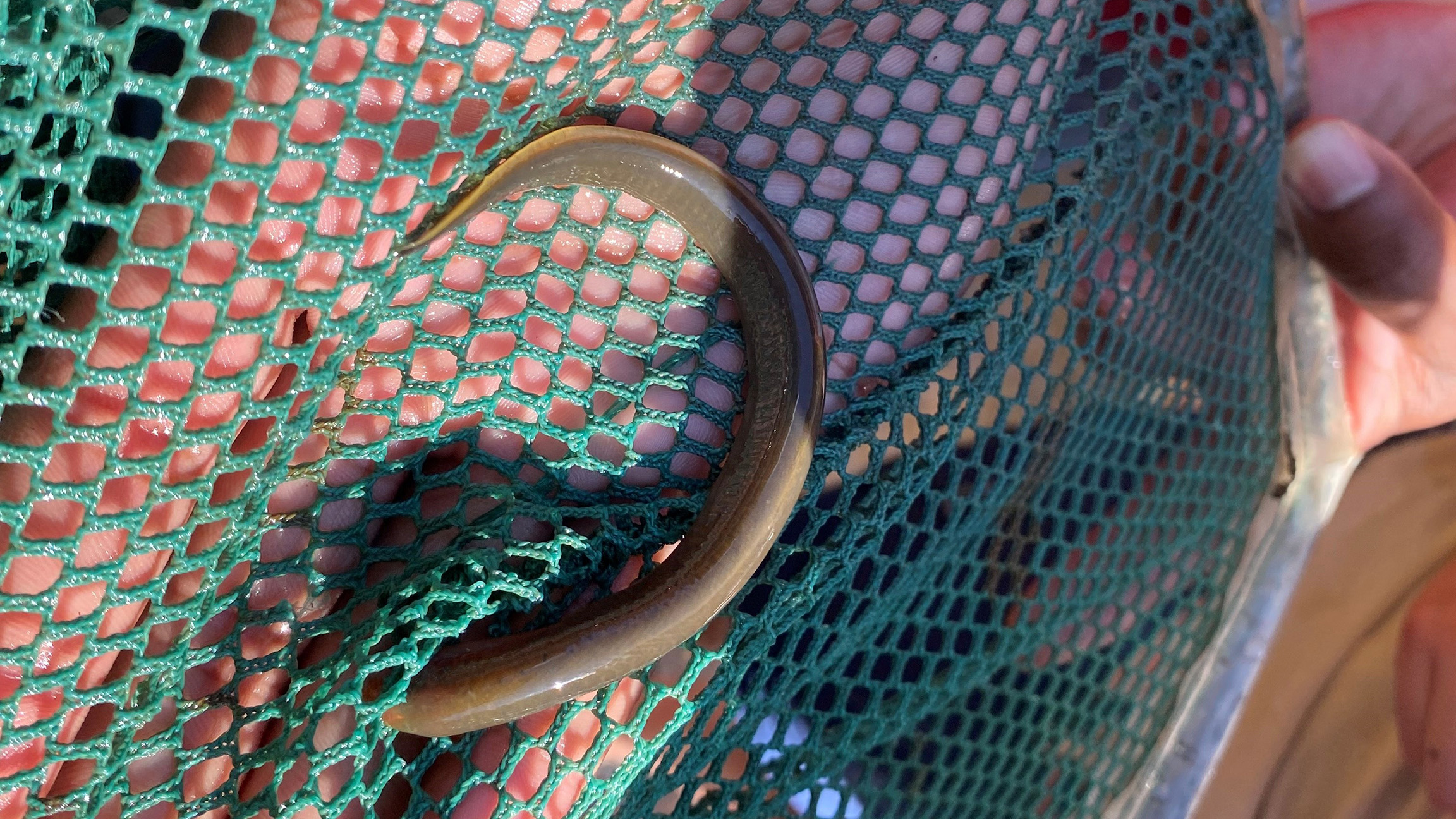 Juvenile lamprey are knows as Ammocetes. There are six species of lamprey found in Alabama. They have tube-shaped bodies that are leass than 12 inches long and lack upper and lower jaws. Some lampreys are parasitic, feeding on the blood of other fishes.

Stay tuned for future trainings in 2023. Email wrc@auburn.edu to be added to an interest email list.